Come and See is a 501(c)(3) established by a group of passionate believers and experienced professionals to come alongside The Chosen to grow its reach and impact globally. Our goal is to provide resources, technology, ministry connections and expertise to help The Chosen reach its goal of having a billion people experience an authentic Jesus through this series and related content. This is an exciting and rapidly expanding effort and our team is growing daily. Here are the bios of the leadership team and board members to give you a sense of who is behind this effort. 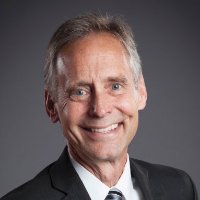 Stan Jantz
Chief Executive Officer
After serving as the president of one of the nation’s largest Christian bookstores, Stan began a writing career that has produced 75 books with more than 4 million copies sold. His newest title is The Healing Power of God: A Biblical Embrace of the Supernatural.
‍
He has also served in leadership roles with several Christian publishers. Following his position as the publishing director at Regal Books and CEO of Gospel Light, Stan was the president of the Evangelical Christian Publishers Association (ECPA), an international nonprofit trade organization of member companies that are involved in the publishing and distribution of Christian content worldwide.

Stan has served for 24 years on the board of trustees of Biola University, including a term as board chair. He and his wife, Karin, are passionate about discipleship and are involved at the leadership level with Bayside Orange County, a church plant of Bayside Granite Bay, a multi-site network of churches that strive to reach wide, teach deep, and unleash compassion. 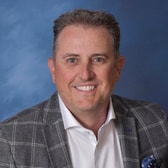 Charles Ryan Dunham
Chief Operations Officer
“Ryan” is the Chief Operational Officer for the Come and See Foundation.  Ryan joins the non-profit organization with over 30+ years of experience in both nonprofit and for-profit organizations. His educational background includes a Bachelor of Arts in Communication degree from Bowling Green State University. Ryan grew up in Northwest Ohio in an agricultural community and, returns to Ohio every fall to help his family during harvest season for a little “tractor therapy”.

Prior to joining Come and See, he most recently served as the CEO of an early-stage investment firm where he led the strategic development and structuring of company operations with approximately $150M in assets under management.

Ryan has spent most of his professional career in executive roles with organizations who were committed to resourcing the global Church with resources for discipleship, worship, and evangelism. Ryan spent 14 years with Zondervan, a leading Christian Communications Company where he served as Vice President of Sales and was instrumental in launching resources like The Purpose Driven Life from Rick Warren, The Passion of Christ DVD and the New International Version Bible Translation among many other resources.  Ryan and his family then moved from Grand Rapids, MI to Colorado after he was called to serve as Sr. Vice President of David C Cook, a nonprofit publisher known for providing Sunday School curriculum to Churches around the world.  After 5 years at “Cook”, Ryan was asked to take on a new role to become the President of Integrity Music, the leading worship music record label and song publisher, where he served for 6 years working with churches and worship leaders from Paul Baloche, Lincoln Brewster, New Life Church among others.

Ryan and his wife Jodi live in Colorado Springs, CO.  They are the proud parents of two adult sons. 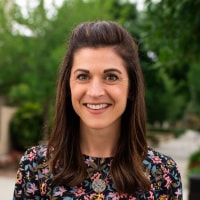 Kira McCracken
Vice President of Development
Kira McCracken has devoted her career to advancing faith-based non-profits through strategic fundraising. She spent 13 years in Advancement at Biola University, where she served as an associate vice president and was the architect of Biola's largest comprehensive fundraising campaign, which raised $214 million for the university. Her time at Biola also included leading the annual fund program, the alumni relations program, the President’s Circle giving society, donor stewardship, donor communications and marketing, and planning successful fundraising events and galas. Kira and her husband Brett live in Orange County, California, with their three young children, and they attend Southlands Church. 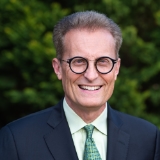 Mart Green
Board of Directors
Mart Green began his retail career in the home of his parents as a youth. With $600 his family started Hobby Lobby in their living room, which is now a chain of over nearly 1000 arts and crafts stores. He is the Ministry Investment Officer for Hobby Lobby and also serves on the Board. In 1981, Mart established Mardel, a chain of Christian and educational supply stores. Headquartered in Oklahoma City, Mardel has 39 stores in eleven states.
‍
In June 2002, visionary Green founded and was Producer/CEO for Every Tribe Entertainment, a feature film production company. Their movie End of the Spear was released to theaters in January 2006. Millions in the U.S. viewed End of the Spear with great impact. The film is now being shown in many countries around the world. Mart also produced a companion documentary called Beyond the Gates of Splendor.

In January 2005, Christian Retailing named Mart Green one of the Top Fifty People who have most shaped and impacted Christian retailing in the last half century. In 2008, he was also awarded the Jim Carlson Christian Bookstore of the Year Award by the Christian Book Association (CBA) for setting standards of excellence in the industry.

From January 2008 to April 2014, Mart served as Board Chair of the Board of Trustees at Oral Roberts University and now serves as Trustee Emeritus.

A native Oklahoman, Mart and his wife, Diana, have enjoyed over 40 years of marriage. They have four adult children, three children-in-law and eleven grandchildren. 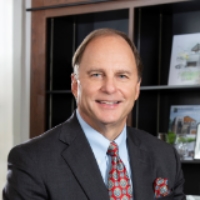 Raymond Harris
Board of Directors
Raymond H. Harris is an architect, executive movie producer, and venture capitalist in God’s kingdom. He is founder of one of the largest architectural firms specializing in corporate architecture. The firm was ranked as the number two retail design firm in America for three years.

Raymond graduated first in his class from The University of Oklahoma and was selected as the outstanding senior and outstanding alumnus in the College of Architecture. Raymond serves on numerous corporate and nonprofit boards and is extensively involved in international sustainable-community-development projects in Africa and Asia.

Raymond has authored The Heart of Business, and Business by Design. He is also an executive producer for numerous movies distributed by Sony Pictures and Lions Gate Entertainment. Raymond has hiked all of the continental US National Parks and served as a Boy Scout scoutmaster.

Raymond and his wife, Marydel, have four adult children with spouses and ten grandchildren. 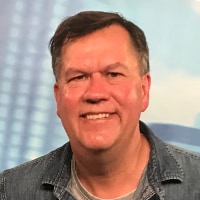 Rob Hoskins
Board of Directors
Dr. Rob Hoskins is president of OneHope, a global ministry committed to engaging every child in the world with God’s Word. OneHope has already reached more than 1.9 billion children and youth worldwide in more than 175 languages.

Rob and Kim are general-appointed missionaries of the Assemblies of God. Rob serves as the senior advisor to the World Evangelical Alliance, is on the Strategy Working Group for the Lausanne Movement, and is the recipient of John C. Maxwell’s EQUIP Leadership Award.

Rob led OneHope’s expansion from its initial focus on the distribution of print Scripture products to an outcome-based, multimedia focus that includes digital programs such as the Bible App for Kids, developed in partnership with YouVersion. The app has been installed more than 75 million times and is reaching children with the Bible in a fresh new way.

Rob is the author of various books, including Change Your World (HarperCollins) co-authored with John C. Maxwell, Hope Delivered (Charisma Media), Reimagine Mission, and the soon-to-be-released Theology of the City.

Rob holds a bachelor’s in cultural anthropology from Vanguard University, a Master of Theology from Evangelical Theological Seminary, a Doctor of Divinity for distinguished service in spiritual leadership from Oral Roberts University, and a Doctor of Ministry in world missions and cross-cultural studies from Gordon-Conwell Theological Seminary. He recently began teaching a doctoral program at Southeastern University at the Bob and Hazel Hoskins School of Mission.

Rob and his wife, Kim, serve great leaders and build young leaders by ministering in churches, crusades, and pastoral leadership forums around the world. They have two incredible daughters and three grandchildren. Rob and Kim call South Florida home and live near OneHope’s global headquarters in Pompano Beach, Florida.
Come And See Foundation

Find out more about the partnership between Come And See and The Chosen in these frequently asked questions.
How will Come And See impact the funds needed to reach the world?
One of the most impactful ways that Come and See will help The Chosen will be to translate and video dub The Chosen into 100 languages while subtitling the series into another 500 languages. This will allow 95% of the people worldwide to experience The Chosen in their own, heart language.
How can you help a billion people experience The Chosen?
We’ve made it easy for you to contribute to the ongoing global ministry of The Chosen. Simply click on the “Donate” button to direct your tax-deductible gift to the ministry of Come and See, which will make it possible for the vast majority of the world to experience The Chosen in their own language.
Beyond translating and captioning, what else will Come And See help with?
The Come and See team has extensive relationships around the world with ministry partners who will be able to assist in getting The Chosen in places that traditional distribution channel partners do not pursue. This will help The Chosen reach its ministry and audience growth objectives far more rapidly. And with our structure, as a Christian-based nonprofit, we can build relationships and trust more effectively than could a traditional content distributor.
Will Come And See change how the series is written, directed, or produced?
Come and See is simply a growth and outreach resource for The Chosen. Nothing about how the show is created or produced will be changed and impacted by our efforts. In fact, we are greatly invested in keeping The Chosen doing what it does best ... creating the most authentic series about Jesus and His disciples the world has ever seen on film. We simply hope to help make the series be seen by many, many more people worldwide. To that end, Come and See is also connected to and helping to fund partners that will provide research, media production and strategic placement of that media at a large scale.
How will Come And See impact The Chosen's funding needed?
Helping to raise the funding for the production of The Chosen is also a primary goal for our efforts. Accordingly, for the first time, Come and See will allow people to financially partner with the show and receive a tax benefit. We see this as a significant opportunity to grow this series, its outreach, and make it possible for many more Kingdom-minded givers to invite the world to come and see The Chosen.